Don was on 10 or 11 medications. Over the years he knew the medications all had side effect, but the doctors just keep giving them to him because he was still in pain. On disability because of a back injury that pain plus other complications and added medications just added to his body breaking down. He didn’t want the pain or the medication, but didn’t know where to turn next. Finally his daughter urged (pushed) him to try another approach. Mainly Chiropractic/Kinesiology. He notice changes the 1st visit. He began to sleep at night, so his energy began to improve. With more rest and less pain, he began to get active again. Doing the things he loved and beginning to enjoy life again. Today Don is down to 2 medications and it looks like he can get his doctors approval to come off those in time. Life is good again and getting better. Don was willing to tell his story because he wanted to give you the same hope his daughter gave his not so long again. If he can you can. 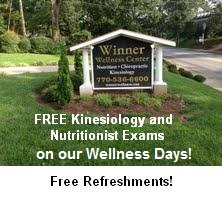